Well, we left Waiheke on the 9:00 ferry, and drove through Aukland headed north. There was a lot of traffic, even at 10:3o in the morning. 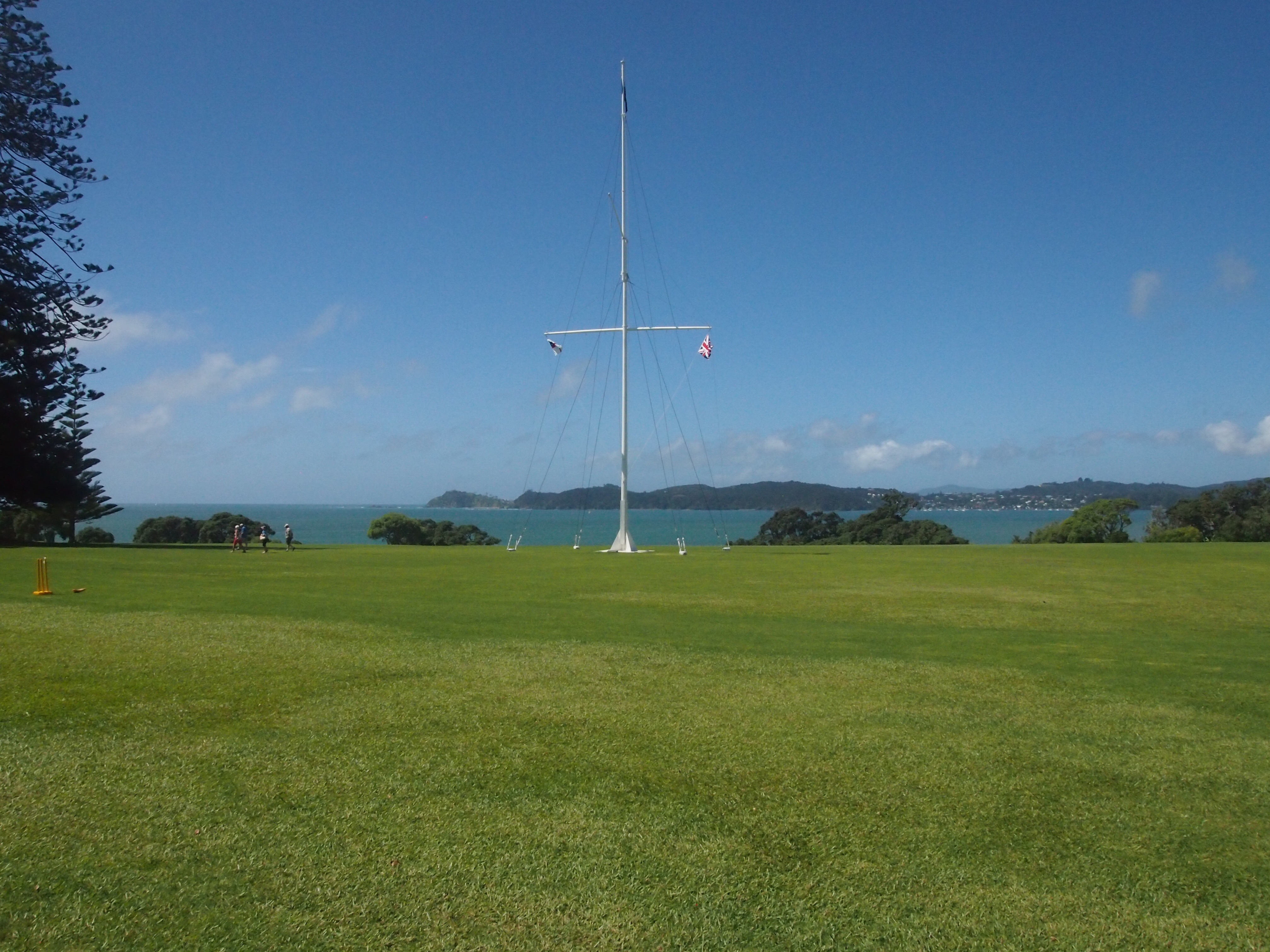 And here’s the inside of the whare runanga. 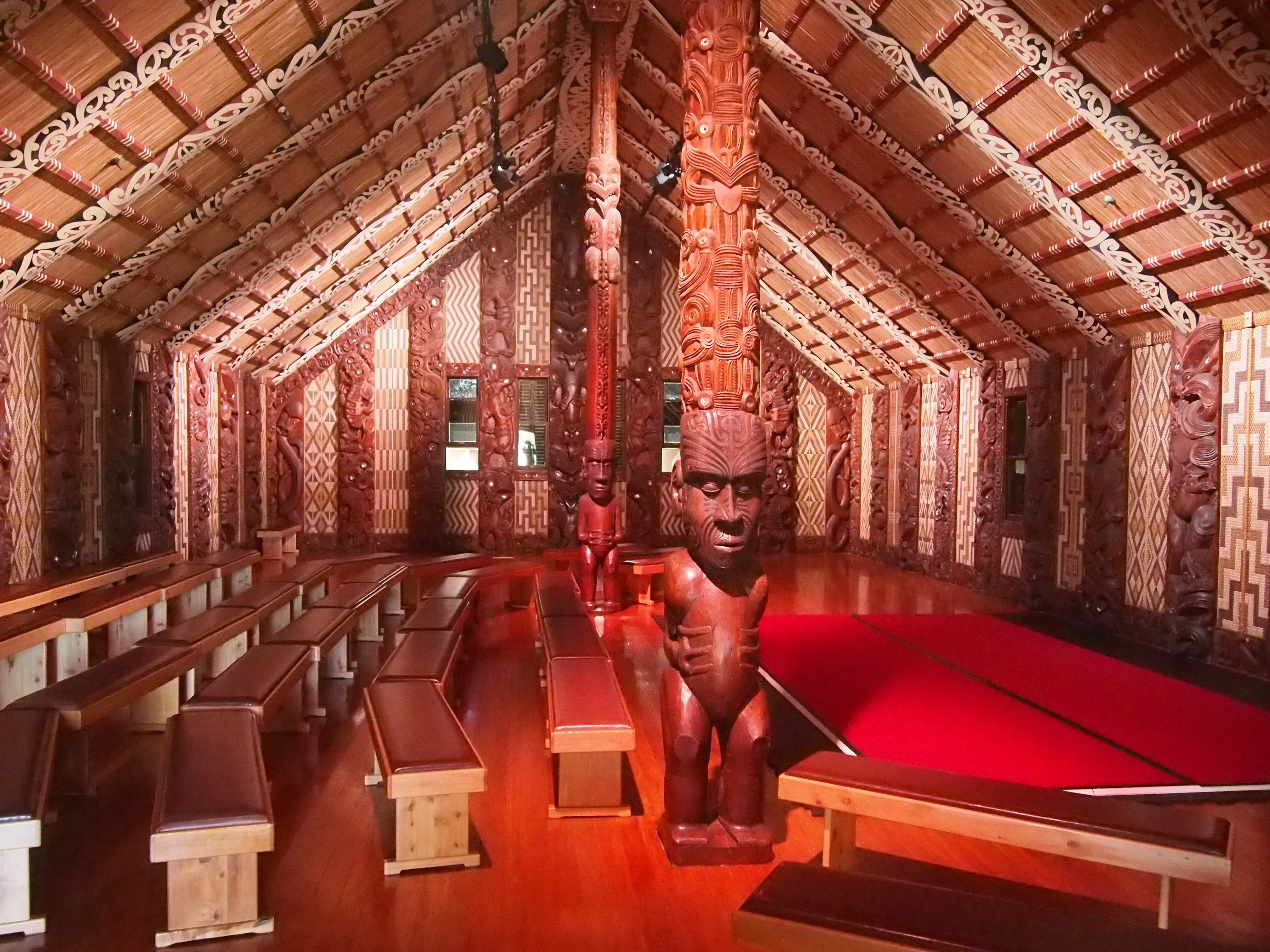 We did not make it to Cape Reinga today, but Meg says that was according to plan. We are staying in an AirBnB about an hour south, and we’ll head up there first thing tomorrow.